Difference between revisions of "Chapter 20 CS4" 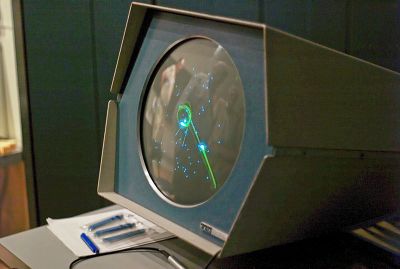 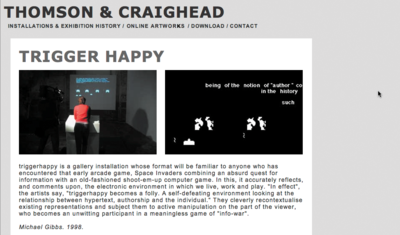 In this exercise, we are going to write ActionScript that starts and stops the animation we created in the last exercise of Chapter 19. Before we can start and stop the Timeline with code, we need to create a user interface, in this case buttons, that the viewer will use to control the Flash Timeline. 1. Open the final FLA file that you created in Chapter 19, or download and open our file from Chapter 19 on the wiki. 2. Insert a new symbol and choose Button from the Type pull-down panel menu. Name it startStopBtn. 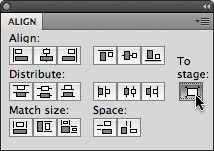 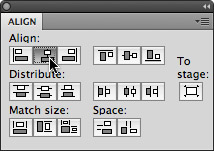 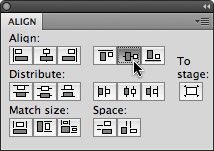 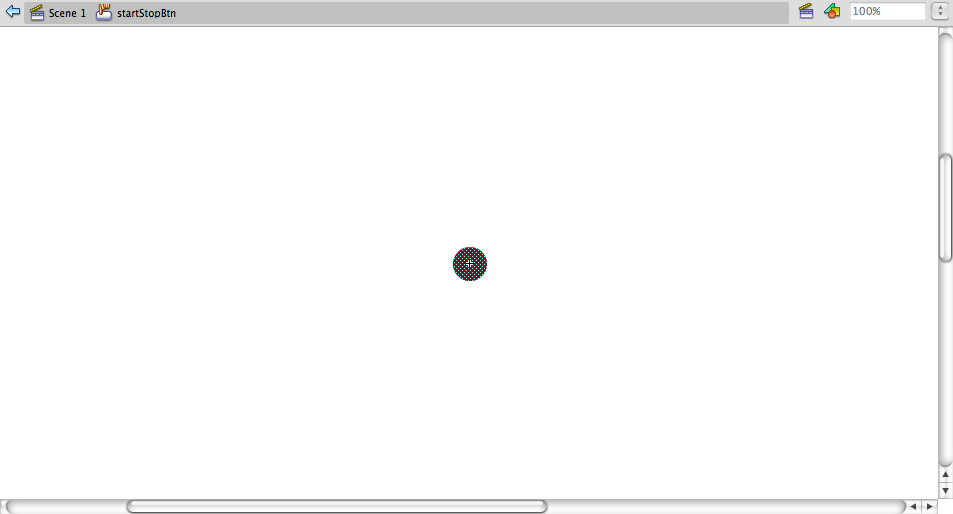 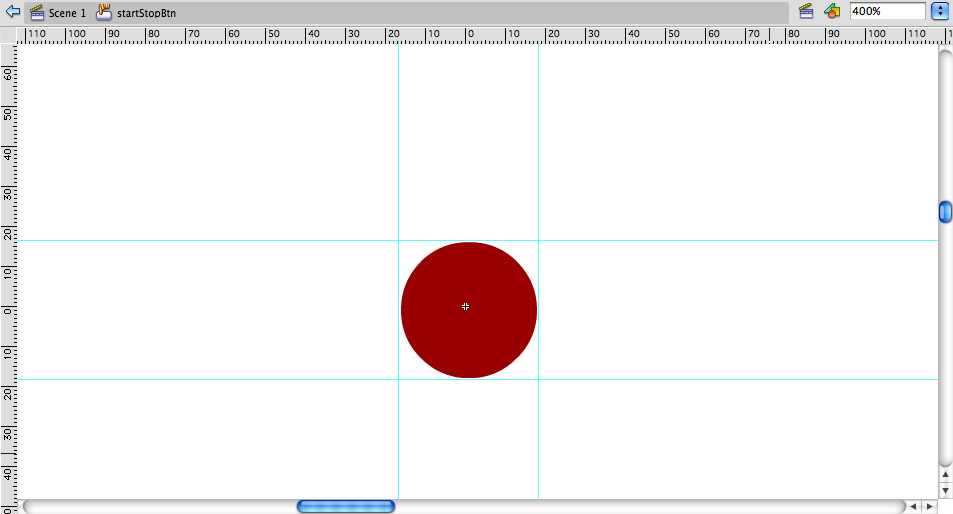 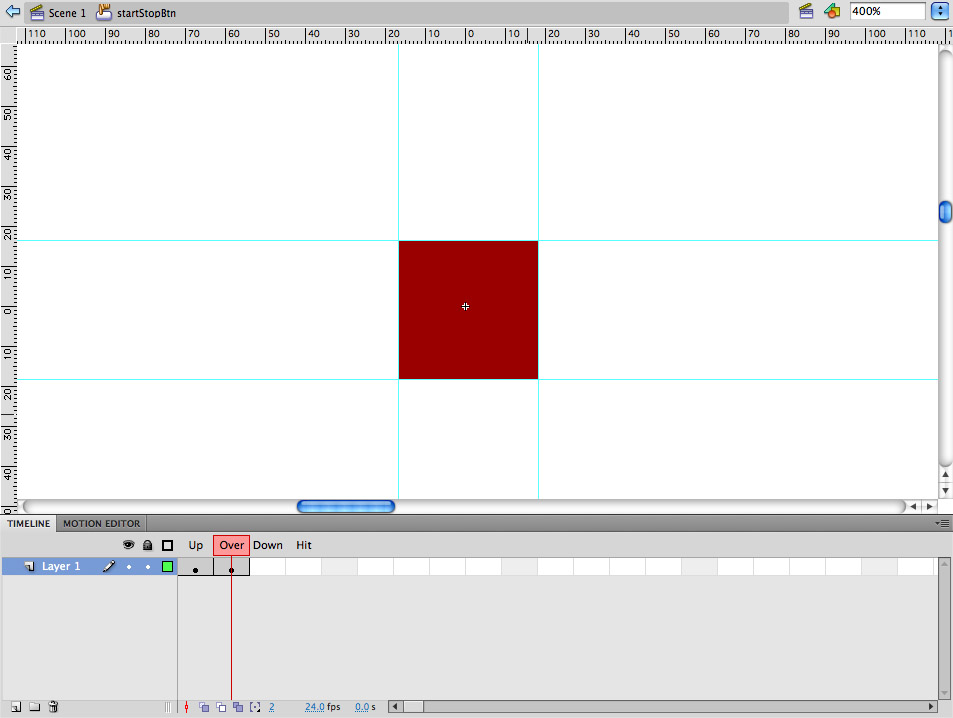 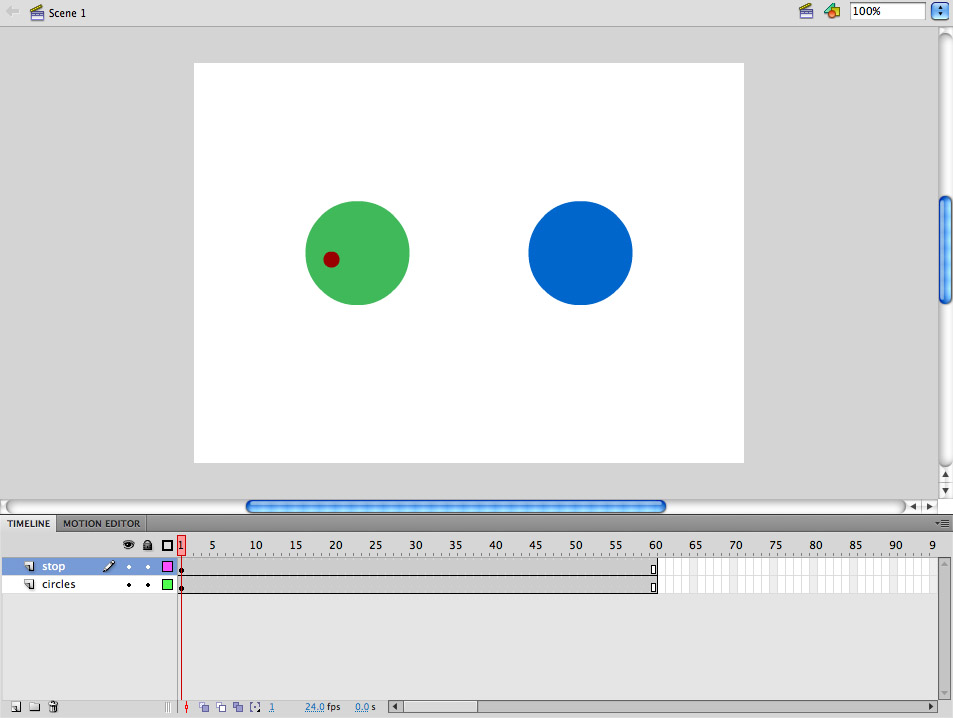 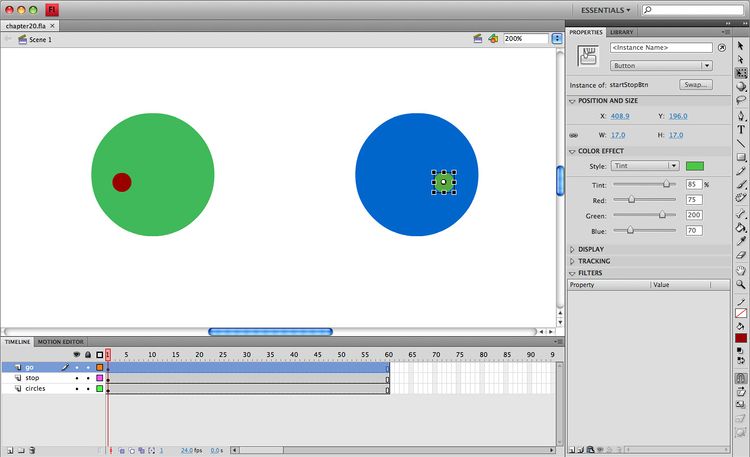 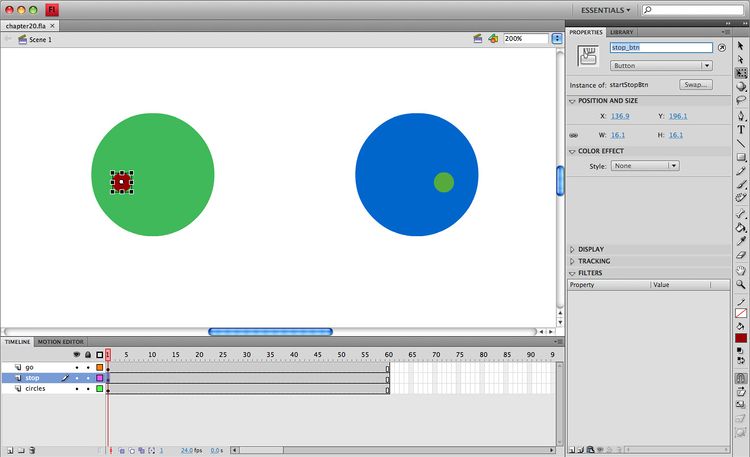 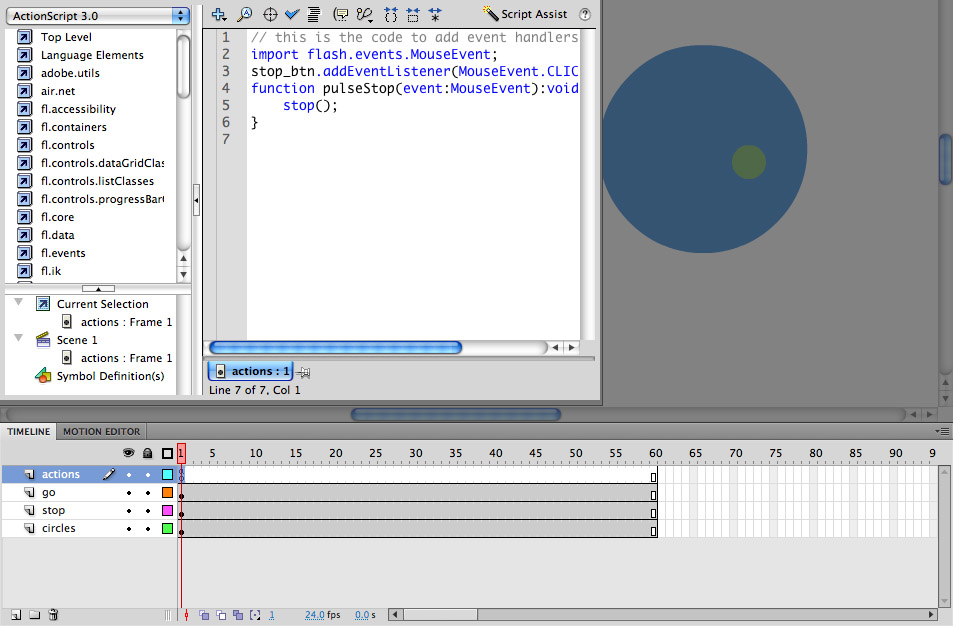 5.To debug, first look at the ActionScript Debug Console (Window > Debug panels > Debug Console). This panel will help you figure out what the bug is and where it is located in your code. The Debug Console provides the scene, layer, and frame of the bug. Sometimes it will even be able to diagnose the bug itself.