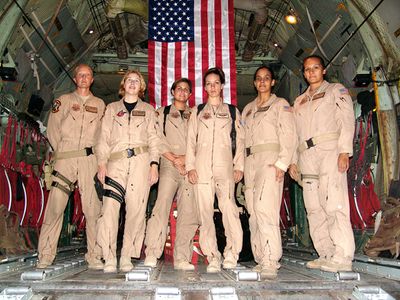 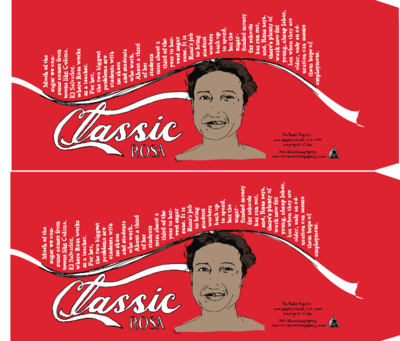 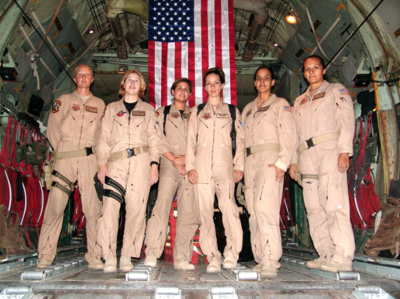 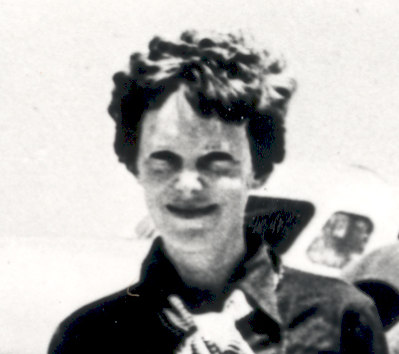 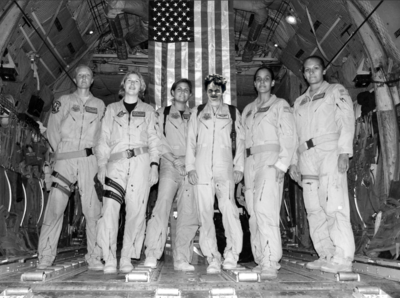 Exercise 1: Replace Part of One Image Using the Clone Tool 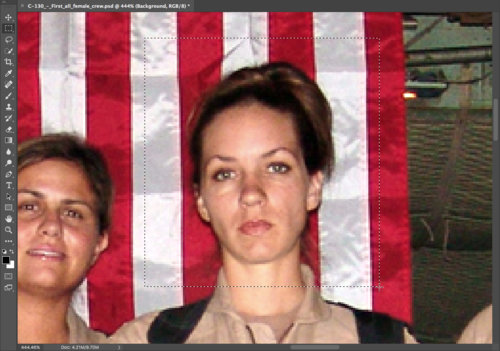 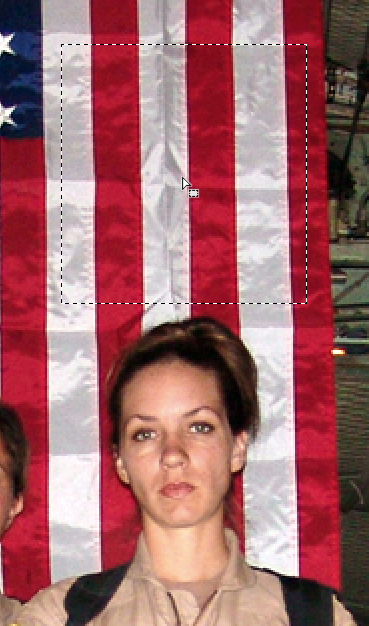 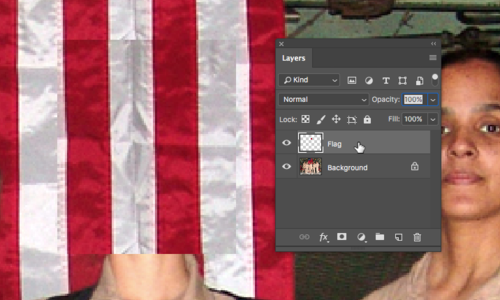 4. Move the flag layer over the head so the stripes of the flag are as similar as the original image. The Clone Stamp Tool is used to replace small areas of a layer with a sample of an image. The Clone Stamp Tool is applied with a brush. Using a soft brush will make the cloned sample appear to blend into the original image, even though we will do all of our cloning on a new layer. Be careful with your application of the Clone Stamp Tool. The soft brush creates a little bit of a blur on the image. A small amount of blur is necessary in order for the sample to blend in, but clicking with the soft brush repeatedly will result in a blurry area in your image. The purpose of cloning is to create an unidentifiable image hoax. Creating a blurry area on the image will be draw attention to that area. In order to achieve the hoax, the clone must be made in such a way that the viewer is deceived.

Pick up the Clone Stamp Tool from the Tool Palette. Set the brush to about 20 pixels. Check the "Aligned" button and make sure that "Sample All Layers" is selected from the pulldown menu in the Options Palette. 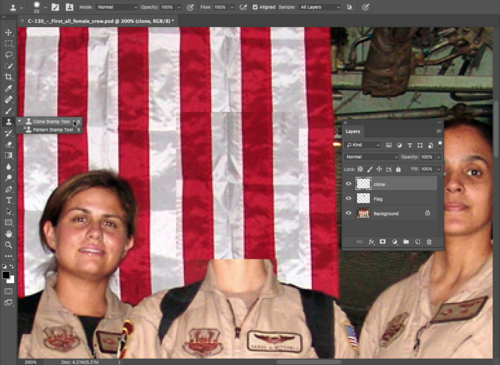 5. Now for the most important part of this exercise - sample parts of the flag in order to blend the areas around the edges where the copy and pasted image is an obvious manipulation. The Clone Stamp Tool requires that part of an image is sampled before it is applied to another part of the document. Sample part of the flag near the edge between white and red by holding OPT and clicking in that area. Then position the mouse on top of the corner where the pasted flag needs to be blended and click once to cover it with a soft, brushed sample. Pay close attention to the brush work. Determine if the first click is blended or not by looking at the surrounding values. Decide if your new sample is blending in. If it does, move on to the next area. Always OPT+click to create a new sample before brushing. If the first click did not blend perfectly, use CMD + Z to undo the last step and try it again. This tool will take some time to get used to.

Work around all of the edges by creating a new OPT+click to sample the flag and then click with the brush to apply the clone. CMD + Z will be used often in this process! We finished the clone in about 20 precise mouse clicks. 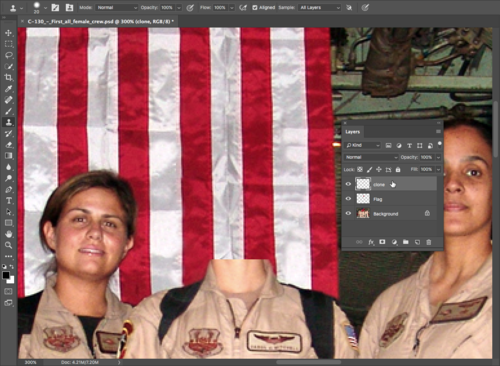 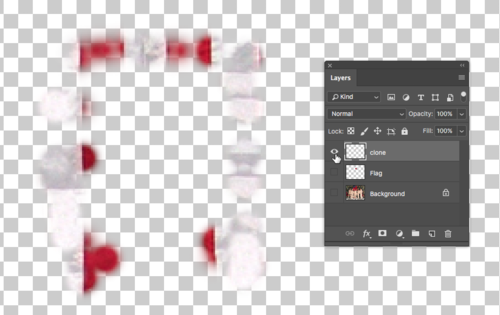 Exercise 2: Add Amelia Earhart to the Image of the Crew 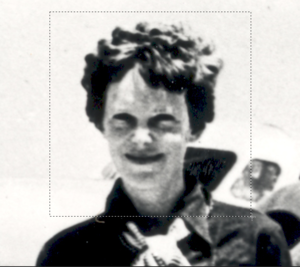 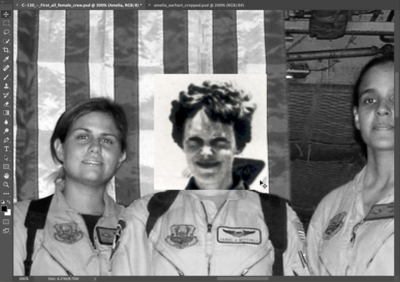 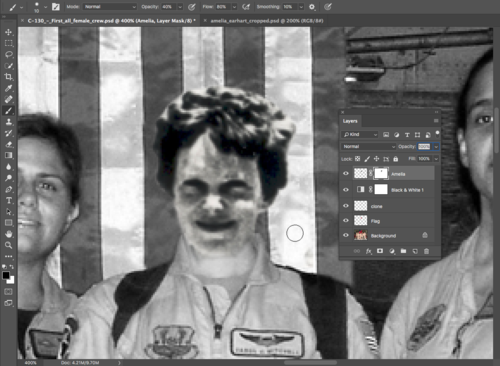 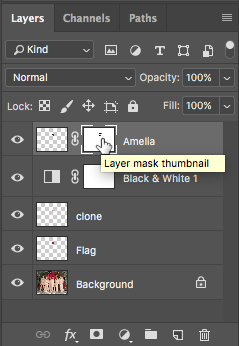 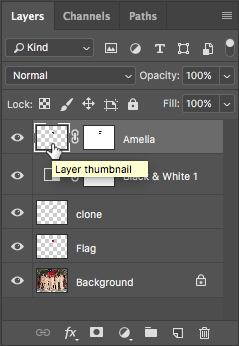 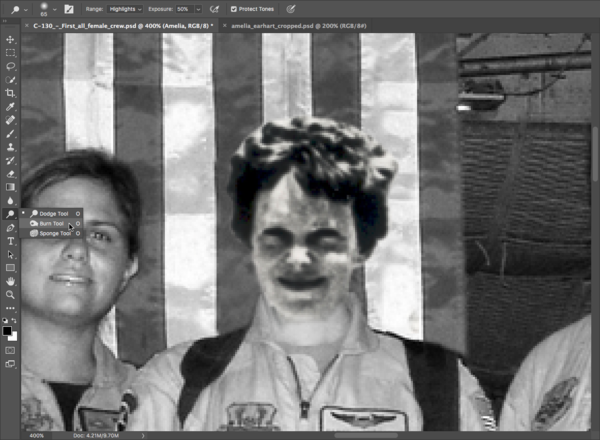